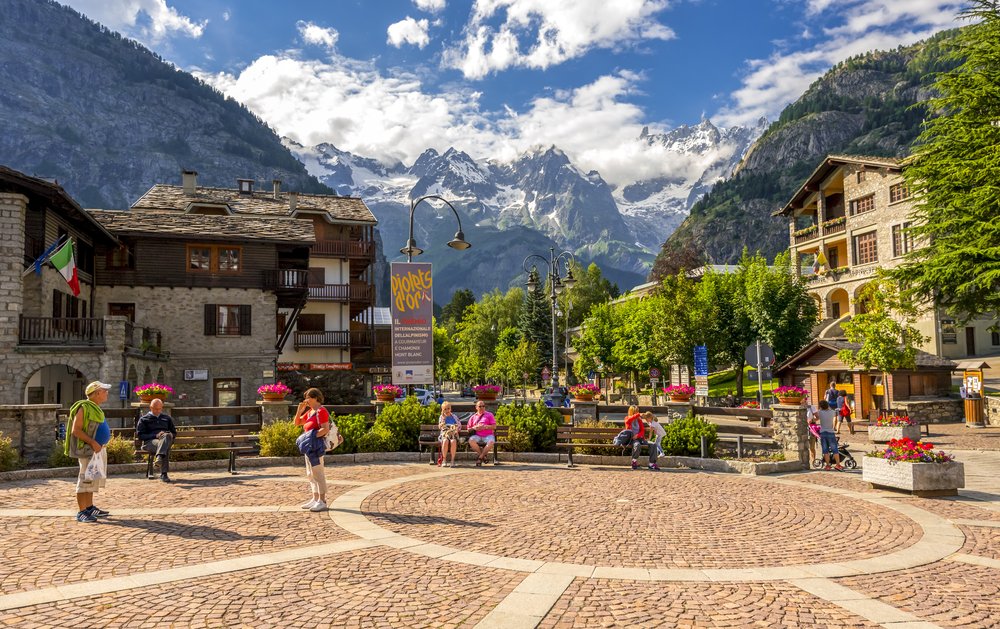 From wood-fired pizzas to smartly dressed alleyways, Courmayeur celebrates the Italian spirit by merging its culture with picturesque mountain views. Resting at the foot of Mont Blanc, this extraordinary resort knows what it means to give its travelers a perfect weekend adventure. Climb, ski, and eat a hearty Italian meal — the village gives you a balanced mix of rest and adrenaline-pumping action.

If it’s your first time traveling here, you probably don’t know what to expect from Courmayeur. But one thing’s for sure: pro skier or not, you won’t be disappointed with this quaint, lovely village.

What to Expect from Courmayeur: Main Highlights

The alpine region is, without a doubt, home to some of the best ski resorts in the world, and Courmayeur is no exception. With only a two-hour distance from Geneva and Turin airport, this Italian village is the perfect avenue for weekenders looking for a city break. As compared to its popular neighboring villages, Courmayeur has a smaller ski area, but its challenging verticals are more than enough to convince intermediate and pro skiers to pack for a weekend ski.

Once you enter Courmayeur’s village center, Via Roma, you’d be greeted by quaint chalets and antique shops that sit near its cobblestone streets. If you’ve never hit the slopes (and you don’t have plans to), this ski resort can offer you something as equally exquisite as its sun terraces: a great gastronomic adventure. Being the laidback village that it is, Courmayeur houses exceptional restaurants that serve authentic local cuisine.

What’s more, its after-ski scene (locally called Apres) is something you wouldn’t want to miss. Just one look at its pubs and you’d know that the Italians here know how to party. So if you’re up for majestic Alpine views, long lunches, and a few glasses of Spritzes (or a tall mug of local beer), traveling to Courmayeur is one of your best bets for a two or three-day retreat.

Ski Scene: What You Need to Know

It’s fairly easy to find Plan Chécroui, the main ski area in the village, if you know what to expect from Courmayeur, transportation-wise. To reach the area, you can either ride a cable car from the city center or book a gondola from Dolonne.

But even outside Plan Chécroui, you can find a lot of skiing opportunities here. So if you’re having second thoughts about traveling to Courmayeur, we just have one thing left to say: the village isn’t sleeping near the highest Alpine peak for nothing.

For beginner skiers, Courmayeur’s 41-kilometer pistes may seem limiting, especially since there are not a lot of nursery slopes here. Not to mention, its steep verticals aren’t as friendly and as forgiving as the ones you’ll find in the ski resorts nearby. Good thing that the resort houses three main ski schools, where you can find Italian instructors that can speak reasonable English. So if you have never touched a ski board, now is your chance. Plus, you can also visit Snow Park 26, which features slopes for skiers at all levels.

Now, here’s the real deal. If you’re an intermediate skier looking for some action, traveling to Courmayeur is something you shouldn’t scratch off your bucket list. The ski area has two sections, which are divided by a rock formation, and you can spot a lot of red ski slopes here. The long descents in Cresta Youla and the ski slopes in Val Veny can give you the challenge you’re looking for, making Courmayeur a five-star resort if you’re confident about taking on exciting verticals.

For something a bit more daredevil, the other side of Courmayeur, which leads you to Mont Blanc’s separate section, can give you that extra dose of adrenaline. The off-piste slopes here are incredibly dangerous and exciting to overcome. You can also help yourself with a bit of heliskiing in Val Veny, which drops back to Courmayeur.

Unlike the freezing Chamonix, traveling to Courmayeur is actually best every winter, when snow is abundant. During this time, you can still see a bit of sunshine peeking through its slopes, making winter more bearable. During other seasons of the year, however, the snow quality here is less admirable than the ones you’d see in other Alpine villages. Also, if you’re mostly exploring Courmayeur for skiing adventures, around two to three days is enough to maximize its pistes. Regardless of travel seasons, make sure to book Courmayuer Hotels in advance to secure your spot.

Majestic mountainscapes are already a norm when you travel to a village as idyllic as Courmayeur. But if there’s anything you need to look forward to aside from skiing on its slopes, it’s getting the opportunity to dive into a rich gastronomic experience. The village is home to classy restaurants located at the most gorgeous Italian mountains.

As if its breathtaking sun terraces aren’t enough, the food itself is something that its locals are proud of. In fact, every March, Tom Kerridge, a Michelin-starred chef, and other culinary icons fly to the village in celebration of an annual gourmet celebration.

Where to dine in the village greatly depends on your preferences. There are a wide variety of well-known in-hotel and mountain restaurants here that can give fine dining a new face. Cadran Solaire, Pizzeria du Tunnel, and Refugio Christiania are only some of the food hubs in the village. They all showcase unique dine-in highlights that promise you a delectable, full-course meal that matches the Alps’ beauty.

The bonus: Courmayeur’s main lift operates until midnight, allowing you to just chill and embrace its eclectic night scene. The pubs, boutiques, and shops that fill Via Roma with so much energy can guarantee you a night to remember.

What to expect from Courmayeur? The village may be hiding under Mont Blanc’s shadows in the past, but its quaint yet sophisticated culture has put it on the map of every traveler. Quiet and calm yet so full of life, Courmayeur is your ultimate travel destination if you want that long overdue city break. Just prepare your pockets because traveling (and dining) here isn’t cheap. But trust us, it’s worth every single penny. 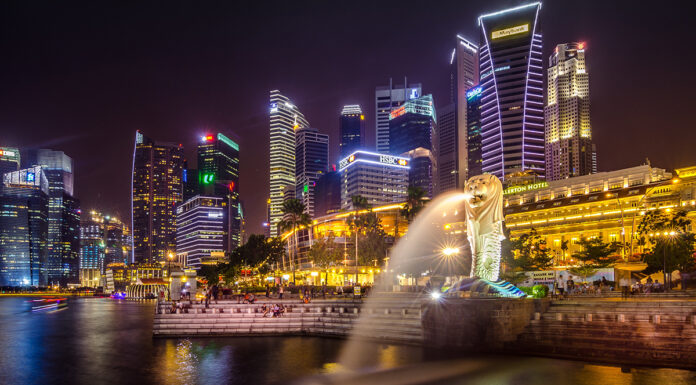 Top Things to Do in Zermatt for Every Type of Traveler

Traveling to London on a Budget: Handy Travel Tips for First-Timers