Few airlines have been in business for as long Northwest Airlines has been, and it takes more than just providing seats on an airplane to become the leader in the industry that the company has become. Northwest, which has within the last few years been acquired by Delta Airlines, has exceeded the expectations of the industry, as well as its own expectations, over and over again. To understand just how much the company has accomplished over the years, both as Northwest Airlines as well as since it has been a part of Delta, a history of the company’s many years is necessary.

Northwest in the Beginning

Northwest Airlines began its journey as an industry leader in 1926 when it was established as Northwest Airways by Colonel Lewis Brittin. The airline was named after the Northwest Territory and, fittingly considering its name, the company began its long history in Detroit, Michigan. Surprisingly, though, the airline did not at first deal with passengers, but rather delivered mail between Chicago and the Twin Cities. And the planes were not the high-tech, massive machines that you see today, but rather biplane style airplanes that featured open-air cockpits. It was not until 1927 that the first passengers were transported by the company, and it was not until 1928 that airplanes with a six-passenger capacity were used. It was also during this year that the first international flight was completed by the airline. But Northwest Airways was a short lived venture for the original founder of the airline, as it was bought by a Minnesota businessman before the end of 1929.

Northwest in a New City, With a New Name

Northwest was sold to a group that was led by a man named Richard Lilly in 1929, but it was not until 1934 that the company was incorporated under the name Northwest Airlines in Minnesota. The change in name came in light of a scandal involving air mail routes, and the need to for the company to separate itself from the scandal. And following the name change the company began to grow quickly once again, adding as many as five flights to Minneapolis from Chicago on a daily basis by 1939. In addition, it began traveling to Portland, Oregon and Winnipeg, Manitoba as well. By 1941, the company was being publicly traded.

Accomplishments in the Early Years

Right from the beginning Northwest made huge, unprecedented accomplishments in the arena of flight. In 1931 the first flight from Alaska to Japan took place, pioneered by Anne and Charles Lindbergh and sponsored by Northwest. This later became one of the airline’s main routes, due to the fact that by traveling the circle the airline could reduce a trip to Tokyo from New York City by as many as 2,000 miles. By 1947 it was the only airline in operation that offered direct route flights between Japan and the United States. Also, because the planes would often fly in less than perfect weather along this route, particularly as the route was expanded, this is also when the airline began to take on the image that the company would later be remembered for. The new red tails of the planes were able to be seen much better in bad weather, serving a purpose rather than simply just an image. And even now that Northwest Airlines is merged with Delta Airlines, red can still be found on the tails of the airplanes being flown to even more areas of the world today. This not only makes the planes stand out in bad weather but in the sky in general, a symbol of the company’s leadership in the industry.

To detail the extensive expansions accomplished by Northwest Airlines would take a lot more space than is available in this article, but a rundown is necessary in order to grasp the level of success that this company has reached. Between 1947 and 1951 the number of flights to Japan and other Asian countries began to increase, and when 1951 rolled around the company that started its journey in the mid-west became a major player in the development of Japan’s own first airline, Japan Air Lines. In 1952 a treaty was signed by both the United States and Japan that would allow Northwest Airlines to become one of the only airlines to be able to carry passengers to and from Tokyo, as well as a number of other Asian countries, which included Singapore, Hong Kong, Seoul, Bangkok, Manila, and Taipei. And following the 1978 deregulation of the airline industry, non-stop flights to numerous Asian cities became the norm for the airline. In addition, it also began to fly to a number of other countries, including Ireland, the United Kingdom, Scandinavia, and Germany.

As Northwest Airlines expanded on an international basis, it also continued to grow domestically as well, at an exponential rate. The main focus of the airline, in regards to domestic travel, was routes between Minneapolis, Chicago, New York, Seattle, and Boston. In addition, Hawaii could be reached through the West Coast locations and both Florida and Georgia could be reached from the Chicago location.

The first major domestic merger accomplished by Northwest took place in 1986, when the company merged with Republic Airlines, a company also based in Minneapolis, Minnesota. Although the merger resulted in a number of issues in the early years, it turned out to be a good move for the company at the time. At that time it was the largest airline merger to date, making it one of the strongest and most successful companies of its type for the time. The accomplishments made by the company in the years following had to do much with improving the air travel that it offered, and are too many to list. Suffice it to say, that up until the time it merged with Delta Airlines, it served as one of the longest running, most successful airlines, and even as part of Delta today is still a name that can be and is trusted by much of the world.

The merger between Delta and Northwest Airlines actually took place in 2008, although the company still held on to its name for two years, until it began to fly under the Delta name in 2010. The merger was approved on October 29 of 2008 and that approval marked what would become a historical date to be remembered, as it allowed for the merger of the two companies to create the largest airline in the entire world to date. And although the road was bumpy in the beginning, as it usually is when two huge companies merge to form an even bigger one, the companies are operating successfully together as one today.

Northwest Airlines as Part of Delta – Today and Tomorrow

The fact that Northwest Airlines will live on in some form well into the future should come as no surprise considering its very early success and consistent. Over the years the company has proven time and time again that it was not afraid to take first steps in the airline industry, and surely it will continue on this path even as it exists as a part of Delta Airlines, rather than under the original name of Northwest Airlines. 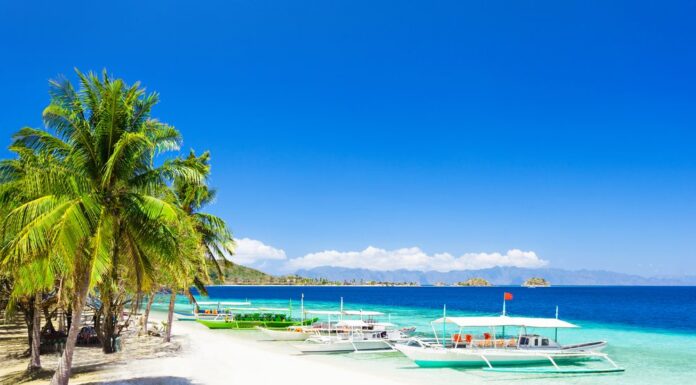 Top Things to Do in Zermatt for Every Type of Traveler

Top attractions in Israel in 3 Days